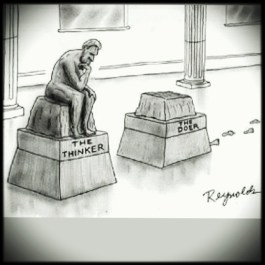 Often times, we procrastinate and put off what would’ve been ours or someone else’s blessing from us.  Had we simply done what the Holy Spirit was leading us to do, the situation would’ve been more fruitful or the promotion, dream, etc. would’ve unfolded.  Instead, we ended up analyzing the procedure or outcome; or maybe we judged an appearance much to long.  In line with this, perhaps we didn’t think that what we were assigned to “do” was good enough.  The bottom line is we may have, even with good intentions thought about it doing “it,” but didn’t act on it, especially when the “green light” was on.  As a result, our thoughts produced nothing.  The bible best states it this way. . .

Beloved, it’s never too late. By faith, act on it now and be blessed.  The Lord is waiting, and so is the individual(s) whose uniquely packaged blessing(s) can come only from you. ♥♥♥♥

Error: Twitter did not respond. Please wait a few minutes and refresh this page.

You will be enriched with godly inspiration, genuineness of spirit, encouragement and provocative thinking. For any and everyone who enjoys reading. You're invited to peruse and make yourself at home. Be blessed!!